This week we place a little extra emphasis on companies with a strong long-term outlook from S&P. (See S&P Price-to-Fair Value, P/FV)

The relative/excess return for the Fave Five tracking portfolio is +3.0% since inception. 46.4% of selections have outperformed the Wilshire 5000 since original selection. 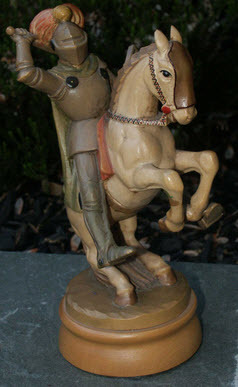 It’s “one of those weeks” as we celebrate five years of monthly Round Table webcasts during our July session on Tuesday night, July 28th at 8:30 PM ET. Anyone and everyone is invited as we’ll take a look back at five years of selections and celebrate a tracking portfolio that is beating the overall stock market. Our intent is to share a few actionable ideas every month — and keep track while demonstrating a time-honored approach to stock analysis (discovery and selection) that has served our community of investors for more than 70 years.

The average Value Line low total return forecast for the companies in this week’s update batch is 5.3% — slightly higher than the 4.5% for the Value Line 1700.

Long term forecasts were relatively stable with very few material changes in outlook. Please be reminded that some “upgrades” move stocks from “consider selling” classifications to a “weak hold.” This is likely the case with Foot Locker, Ulta, American Eagle and Zoetis. Fundamentals strengthened but still remain potentially overvalued, just not as much.

Value Line Low Total Return (VLLTR) Forecast. The long-term low total return forecast for the 1700 companies featured in the Value Line Investment Survey is 4.5%, up from 3.8% last week. For context, this indicator has ranged from low single digits (when stocks are generally overvalued) to approximately 20% when stocks are in the teeth of bear markets like 2008-2009.

Note: The price targets from Goldman Sachs are from public releases and represent a partial sample. The price target is logged as of the most recent public analyst report. Although every effort is made to keep this information as current as possible, some of the ratings may not reflect more recent research and updates.

This was a tangential subject of discussion during the March Round Table. We’ve added Goldman Sachs price targets and will be monitoring them versus ACE and S&P.

Nutshell: Might this be a way to gauge sentiment? In this case, these differentials could deliver influence or impact, providing a potentially meaningful sentiment indicator.

As a quick reminder to be careful out there, this is what this morning held for Garmin (GRMN).

When they’re not doing “God’s work” or referring to retail investors as Muppets, Goldman Sachs (GS) makes some calls — long and short — that can be influential in the market. In some Wall Street circles, the legions of Goldman Sachs are playfully known as Masters of the Universe.

In addition to the two lists shared above, here’s a list of nineteen stocks that Goldman Sachs believes are headed for price swoons — a list of stocks to sell short.

Goldman Sachs offers three criteria on how to pick stocks to short:

Among the overvalued stocks Goldman thinks could drop are Celgene (CELG), OReilly Automotive (ORLY) and Red Hat (RHT). Stocks underweight by mutual funds that could fall are HST, CTL and EQR; and likely to deviate from the broad market and their sectors are KLAC, JEC and COH.

Here are the tracking dashboards for the Goldman MOST UPSIDE and MOST DOWNSIDE stocks as of 3/31/2015:

Sometimes it can be rewarding to “play with fire” so long as you know when to let go or disembark. Yes, the accompanying image is Slim Pickens in the role of Major T.J. “King” Kong in his rocket-riding glory in the movie Dr. Strangelove.

In this screen, we take a look at some companies with the highest year-over-year percentage changes in earnings, specifically the 3-year period from 2012-2014. So it’s obviously dominated by earnings forecasts. Disclaimer/Disclosure: The fiscal 2014 EPS estimates for a number of companies are still filing in. A few of the companies in the screen are based on 2-out-of-3 reporting periods. In other words, they could change significantly when the analyst consensus estimates for 2014 take shape.

The results were also limited to companies with quality ratings of excellent (greater than 65) and good (55-65) … stopping any company that isn’t in the top two quality quintiles at the door.

This set of five companies is pretty compelling. Most of them have been part of recent conversations and nudges to explore a little more. That’s cool. In the case of Michael Kors (KORS), the company is a credible threat to Coach (COH) and we’ve talked about relatively empty stores vs. standing-room-only at Coach. This serves as a reminder that your own personal experience is just a small part of a bigger picture. When I see empty KORS outlets, I need to remind myself and deflect the emotions of doubt … or at least, keep all of the information in proper perspective. This flies in the face of Peter Lynch’s famous advice about panty hose and packed parking lots. But do you really think his research stopped there? Really?

Liquidity Services (LQDT) showed up in many of our Groundhog (stock selection contest) entries for 2013 and we can see why. That said, there has been some turbulence of late and a little deeper digging might prove to be prudent.

During our January Round Table, I featured Body Central (BODY) but attendees also heard mention of Francesca’s (FRAN) — a Houston based specialty retailer that merits a closer look.

Tangoe (TNGO) is also compelling. I know very little of the company. TNGO provides communication lifecycle management software and services primarily to large and medium-sized businesses. With all of our attention to the information-based (CTSH) and communication companies (CSCO) and my recently-fried modem, TNGO is also worth a closer look to see if the EPS gold rush of 2012, 2013 and 2014 is a flash in the pan or a compelling opportunity that often accompanies a company/product life cycle emergence.

Attendees from the Orlando MoneyShow came back uttering a single word and it wasn’t Dustin Hoffman’s “plastic.” It was Energy. Energy. Energy. For that reason, a closer look at recent favorite Schlumberger (SLB) and companies like ENSCO (ESV) seems particularly and potentially energizing, too.

We’ll close with our long-held suggestion that an understanding of trailing stop losses for momentum-based companies is generally a good idea. (Think Apple and 2012) Do your best to understand and decide whether to use them. I can think of several roman candles (Peoplesoft) during my investing career whether they either helped or offered salvation. And if you latch on to the next 2012 Netflix, it’s prudent to have an exit strategy while continuing to ride that cruise missile to avoid ending up like Slim at the end of Dr. Strangelove.