What: Round Table Discussion of Favorite Stock Study Ideas

Where: Online. Register via https://www.manifestinvesting.com/events/178-round-table-september-2015

Why: Because we like to share ideas for successful investing. The selections made by Round Table participants have beaten the market over the last five years with a relative return of approximately +3.0%

The session (webcast) is FREE. Please invite your friends and family to attend.

If you’d like to be added to an email reminder list for this and all future (monthly) Round Tables, send a request to nkavula1@comcast.net 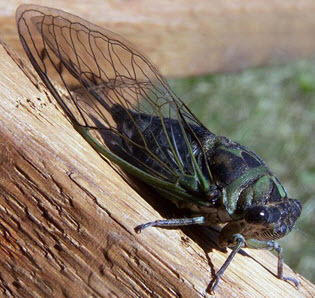 “The cicadas pierce the air with their searing one-note calls; dust eddies across the roads; from the weedy patches at the verges, grasshoppers whir. The leaves of the maples hang from their branches like limp gloves; on the sidewalk my shadow crackles.” — Margaret Atwood

“There was an electric buzzing sound that was constantly on, acting as background music like a million cicadas in the forest. A constant white noise.” — Missy Lyons

Cicadas have been used as money, in folk medicine, to forecast the weather, to provide song (in China), and in folklore and myths around the world.

The cicada has represented insouciance since classical antiquity. Jean de La Fontaine began his collection of fables Les fables de La Fontaine with the story La Cigale et la Fourmi (The Cicada and the Ant) based on one of Aesop’s fables: in it the cicada spends the summer singing while the ant stores away food, and finds herself without food when the weather turns bitter.

In China, the phrase “to shed the golden cicada skin” is the poetic name of the tactic of using deception to escape danger. It became one of the 36 classic Chinese stratagems. In the Chinese classic novel Journey to the West (16th century), the protagonist Priest of Tang was named the Golden Cicada; in this context the multiple shedding of shell of the cicada symbolizes the many stages of transformation required of a person before all illusions have been broken and one reaches enlightenment. This is also referred to in Japanese mythical ninja lore, as the technique of utsusemi (i.e., literally cicada), where ninjas would trick opponents into attacking a decoy. More generally, the cicada symbolizes rebirth and immortality in Chinese tradition.

In Japan, the cicada is associated with the summer season. According to Lafcadio Hearn, the song of Meimuna opalifera, called “tsuku-tsuku boshi”, is said to indicate the end of summer, and it is called so because of its particular call.

In an Ancient Greek myth, Tithonus eventually turns into a cicada after being granted immortality, but not eternal youth, by Zeus. The Greeks also used a cicada sitting on a harp as emblematic of music. [Sources: https://en.wikipedia.org/wiki/Cicada]

From the dusty eddies of end-of-summer (or early autumn) corrections to the notions of noise and the reality of 13-17 year cycles, we find elements of investing in all things cicada. And we wish/hope that the flash crash cicadas will experience similar life cycles.

A number of academic studies have pegged market cycles at approximately 15-17 years. We’re not talking about economic cycles, but those secular trends that seem to last about that long. The bull market of 1982 through 2000 is one example. We just might be living through a cicada cycle from 2000-2002 to 2015-2017 until a real bull market returns. How can we say that? Haven’t we been in a bull market for several years?

Perhaps. Stock prices have recovered in recent years, staggering and muddling along to new highs — but there’s an uneasy feeling among many investors that much of it is artificial, bolstered by things like low interest rates, government seizure and ownership of equities and the quantitative easing of the last several years. As this has propagated, general profitability has been flat and hovering near recessionary levels for the better part of the last ten years. Demand has been quenched and productivity maximized.

We updated the VLLTR forecast chart to cover a period of approximately 16 years. This means that the blue trend line just might cover a full cycle and be “representative.” As we counsel, the blue trend is the real long term path and the spikes and troughs in the green bars (Wilshire 5000) spend time above and below the trend line — much like rising and falling tides in the turbulent oceans.

Investors should not be surprised by a migration back to that blue trend — most likely with some pendulum-like overshoot along the way — because regression to the trend is a little (maybe a lot) like gravity and it’s been historically fairly reliable.

If this is true, we’re likely to be presented with some outstanding long-term opportunities over the next few years as the opportunity cicadas awaken and sing.

The average Value Line low total return forecast for the companies in this week’s update batch is 5.8% — in line with the 5.9% for the Value Line 1700. 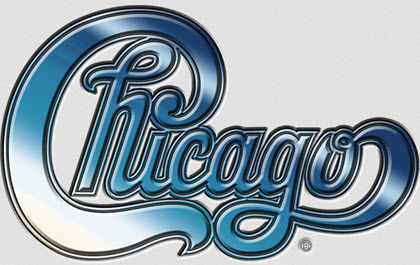 More than 25 educational sessions, along with corporate presentations, beginner track and meals. Wide range of investment education topics to appeal to investors at all experience levels.

Sponsored by Chicagoland and Chicago West Chapters of BetterInvesting