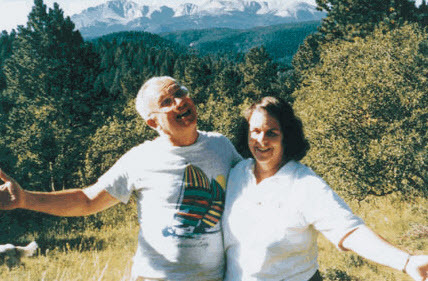 When investors gather in Chicago later this month for NAIC’s annual Congress, it will be the 41st consecutive year that members will have come together to learn more about common stock investing.

Forty-one years. That’s quite a stretch of time. For many in the NAIC family, the members who have attended these meetings over the years represent at least two generations, in some cases even more. And those four decades of time also have involved all types of economic activity and all kinds of stock markets.

Some have been quite memorable. Like 1987 in Detroit. The Congress took place Oct. 14 -17 that year, literally on the heels of the market’s biggest plunge ever. In fact, the dive started on Friday, Oct. 16, with a collapse of more than 100 points in the Dow Jones Industrial Average while investors were attending seminars and touring the corporate exhibit area. That day they experienced the largest one-day drop in market history, a record that was not to stand very long. On Oct. 19, Black Monday, the market fell another 508 points.

Two years later, on Oct. 13, 1989 (yes, it was a Friday the 13th), the market took a huge plunge again while NAIC investors were holding their annual meeting in Minneapolis. The fall was not as severe as in 1987, but it was large enough (190 points, with most of it in the final hour of trading) to bring on the usual flurry of media reports and interviews suggesting that the sky may be falling.

Yet the surprising thing to many observers, in truth even a bit unbelievable to some, was the fact that Congress-goers didn’t seem to be too concerned about losing money or deciding when and what to sell. Yes, they had a keen interest in following what was happening in the market. And, yes, what was happening did have an effect on the value of their holdings. But the focus of most every investor we met with at both Congresses was on what and when to buy instead of what and when to sell.

What Wall Street was reporting as gloom and doom, our members were viewing as an opportunity to bargain shop.

We don’t intend to make light of bear markets. They are real and they hurt people. Some are hurt because they are forced to sell shares at low prices to meet financial needs. Others because the fear of even greater loss is more than they can handle. They didn’t expect this type of loss could happen.

Nevertheless, bear markets, even the fear of bear markets, keep investors from enjoying the benefits a program of regular investing can bring. Bear markets drive people away from equity investing. People get no enjoyment in watching the prices of stocks that they have been patiently buying, sometimes for years, fall below the price they paid. That’s not their idea of something to celebrate.

Over the past four decades, if there has been one single conclusion that we have come to, based on the experiences of thousands of Americans throughout the nation, it’s that it is important to stay in the market and continue a program of regular investing in order to build wealth. That simply is the best way that wealth is created.

To do that requires three key ingredients: 1) A focus on the long term. (Don’t be derailed by pressure to think and act short term.) 2) A discipline to apply in building and managing a portfolio. 3) Patience to persevere. (This is where clubs and other individuals who share similar goals can provide invaluable support.) It’s hard to say which ingredient is the toughest. They are all important and success depends on being able to blend all three into your own personal program of investing.

There are times when bears frolic in financial markets, and other times when the dancing is done by the bulls. But in order for most investors to build their wealth and fund their lifelong dreams, they need to dance to a different drummer.

We believe very strongly that the words to the tune that drummer is playing go like this: There is little in today’s news that has a bearing on the wealth an individual can accumulate over his or her lifetime. Money can be made in all types of markets, if the focus is long term. It’s stocks, not markets, that bring investment success.

By the way, the ferocity of the correction is on full display here, the median 1-year ACE total return was 1.7% just a couple of weeks ago. That reality, the bolstering fundamentals and a relative strength index that is creeping into “oversold territory” are among the reasons that diligent shopping can be pursued.

This week’s Fave Five will be a parade of several of our favorite screens, including the traditional long/short outlook, best in zone, launchpad ready, Triple Play qualified, etc.

Reminder: These are companies exhibiting HUGE 2018 EPS forecasts versus 2017 projected/actual results. This is just a one year condition for this screen. Ideally, a stock with multi-year breakthrough and breakout potential could be discovered. Stocks exhibiting these characteristics have delivering participating clubs and individuals to the Groundhog Winner’s Circle in the past.

This group has decent (out-sized) long term return expectations in combination with the potential for P/E expansion and profitability/margin enhancement.

These are the consensus selections — the most commonly selected stocks — among the Groundhog Challenge entries for 2018.

The relative/excess return for the Fave Five tracking portfolio is +4.8% since inception.

The absolute annualized rate of return is 18.1%.