We continue to leave the 52-week “position”, a factor that combines with 1-year total return for the short term outlook. Walter Schloss loved to find vetted high-quality companies with solid expectations that were trading near the low end of a 52-week range.

This week’s short list has all the usual attributes over the long term, the next year (or short term) and also is expected to grow at double-digit rates, precisely the type of treat that we seek to discover going into the holiday season this year.

The relative/excess return for the Fave Five tracking portfolio is +5.3% since inception.

The absolute annualized rate of return is 20.6%. 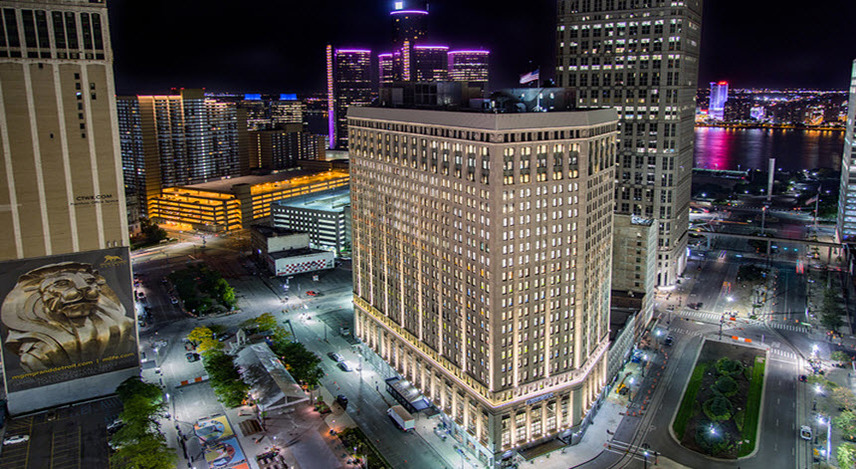 “9. Don’t Rush. You don’t need to already know what you’re gonna do with the rest of your life. Don’t panic. You will soon be dead. Life will sometimes seem long and tough and, God, it’s tiring. You will sometimes be happy and sometimes sad, and then you’ll be old and then you’ll be dead. There is only one sensible thing to do with this empty existence, and that is fill it. Life is best filled by learning as much as you can about as much as you can, taking pride in whatever you’re doing, having compassion, sharing ideas, running, being enthusiastic, and then there’s love and travel and wine and sex and art and kids and giving and mountain-climbing. But you know all that stuff already. It’s an incredibly exciting thing, this one meaningless life of yours. Good luck and thank you for indulging me.” — Tim Minchin (Nine Life Lessons) 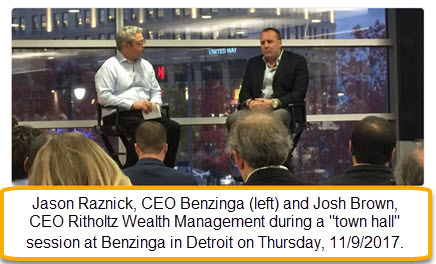 Let Me Save You Some Time

Those of you who catch some CNBC during the day probably recognize Josh Brown as one of the mainstays on the Halftime Report. From his books, Backstage Wall Street and the co-author stint via Clash of the Financial Pundits (with Jeff Macke) it’s clear that he and his colleagues see some of the same perspectives that we do. We’ve covered those complementary notions before here: Reformation: Center Stage.

It was refreshing spending a few moments in Detroit this past Thursday and Friday. That may seem strange to some of you but the city is truly engaged in a renaissance. The image above (and link provided) is part of Detroit’s compelling invitation to locate a second HQ here. I’m told that Detroit will likely make the “short list” as this continues to develop.

Detroit moves the world. We also know Detroit as the origins of the modern investment club movement — as championed by George Nicholson. As the first snow fell, it was refreshing to reflect on the dreams, aspirations and gifts bestowed by Nicholson and the community he nurtured. I took a moment to stop by the historic Rackham Building, the birthplace of the National Association of Investors (1951) and a movement that has favorably influenced the lives and investing experiences of so many of us. Nicholson was also a founding influence behind the Financial Analysts Society of Detroit and was a regular attendee … and routinely tendered the first question of the Q&A segment by asking the presenter to share their thoughts on “their greatest challenge.”

I assumed my seat at lunch on Friday next to a friend that I hadn’t met (yet). After brief introductions and observations about snow, I asked, “Did you know George Nicholson?” He smiled. “As a matter of fact, I spent last night with a couple of the Nicholson boys.” Wow. It turned out that his father had been influential in a few of Nicholson’s enterprises going back to the 1950s and 1960s and beyond. It’s a small world. It’s a Better World because of Nicholson’s contributions to the world of investing.

The theme of a better investing world resonates in Josh Brown’s perspective, too. Jason Raznick of Benzinga.com had arranged a town hall meeting format with Josh on Thursday night. If you’re not familiar with Benzinga, Jason has created a Bloomberg-like entity for investors and traders in Detroit that has become quite formidable. Thursday night turned out to actually be a better opportunity to compare notes and spend time with Josh as he shared observations about a number of things.

Speaking of Ben Carlson, he attended the session on Friday. Hopefully we’ll get a chance to spend more time with Ben, too. Regular readers will recognize that his articles are frequently cited in our Results, Remarks & References section. Here’s a couple of Josh’s slides from Friday, including the famous (infamous?) CNBC Decabox: 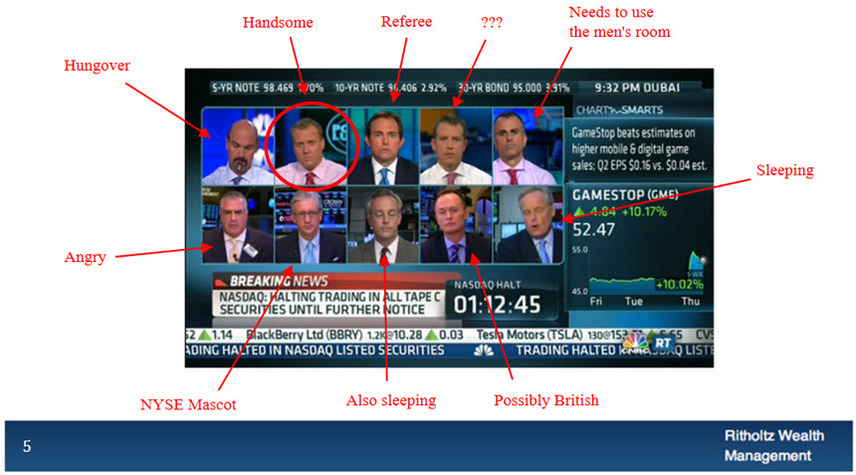 Of Dragons and Debate: Active vs. Passive

“I’m so sick of the active vs. passive debate.” “The real debate is likely high cost vs. low cost … or faith-based versus systematic.” The librarians of the investing world are always stuffing things into boxes and categories. Some fodder for the dragons:

And finally, we know that some of our sleep-at-night active investing would be deemed quite “passive” but on closer examination, they’re NOT. Anything but. We buy. We hold … for as long as it makes sense to do so. In the case of our Bare Naked Million Portfolio there have been less than ten sell transactions since Christmas 2005. The turnover is less than these large “passive” index funds. And by the way, that bare naked $1,000,000 is now worth $3,177,277 (11/10/2017) — a “passive” annualized total return of 11.2% vs. 7.3% for the “actively” managed WIlshire 5000 (VTSMX) over the same time frame.

Thanks for the refreshing perspectives, Josh. 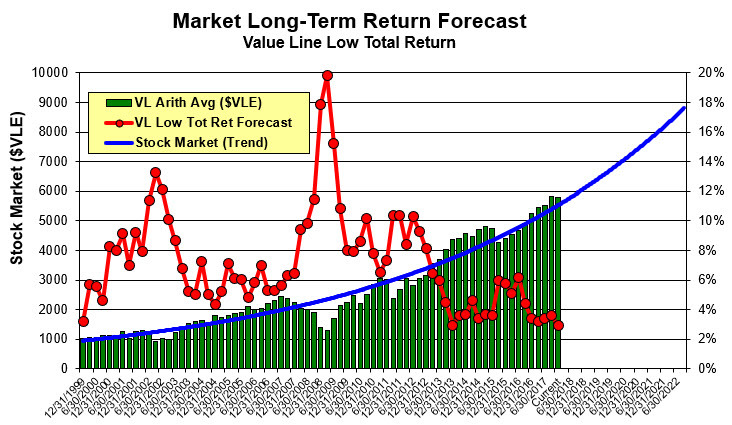 Value Line Low Total Return (VLLTR) Forecast. The long-term low total return forecast for the 1700 companies featured in the Value Line Investment Survey is 2.9%, decreasing from 3.3% last week. For context, this indicator has ranged from low single digits (when stocks are generally overvalued) to approximately 20% when stocks are in the teeth of bear markets like 2008-2009.

The average return forecast (PAR) for this week’s update batch is 5.7%.

This Round Table will continue the discussion on traditional selling analysis and explore relative return-based selling triggers. We will probably also spend a few minutes with stock selections that we’re thankful for … 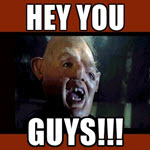 Neogen (NEOG) and its subsidiaries develop, manufacture, and sell a variety of food and animal safety products. Its Food Safety division (47% of fiscal 2017 revenues) offers diagnostic test kits and related products that are sold to food manufacturers and processors to detect harmful substances in their products. Neogen’s Animal Safety segment (53%) manufactures a diverse line of products, including veterinary instruments, pharmaceuticals, vaccines, and disinfectants.

We are initiating coverage of Neogen this week in The Value Line Investment Survey. The Michigan-based corporation develops, manufactures, and markets a variety of products dedicated to food and animal safety. The company has more than 1,400 employees and a market capitalization that exceeds $3.0 billion.

The equity has richly rewarded shareholders of late. Over the past year, the stock price has advanced about 55%. For comparison, the S&P 500 Index is up 23% over the same time frame. The out performance, in our view, can be attributed to recent quarterly financial results, which have consistently met or exceeded Wall Street’s expectations. The bull market, as well as Neogen’s good outlook has also helped. 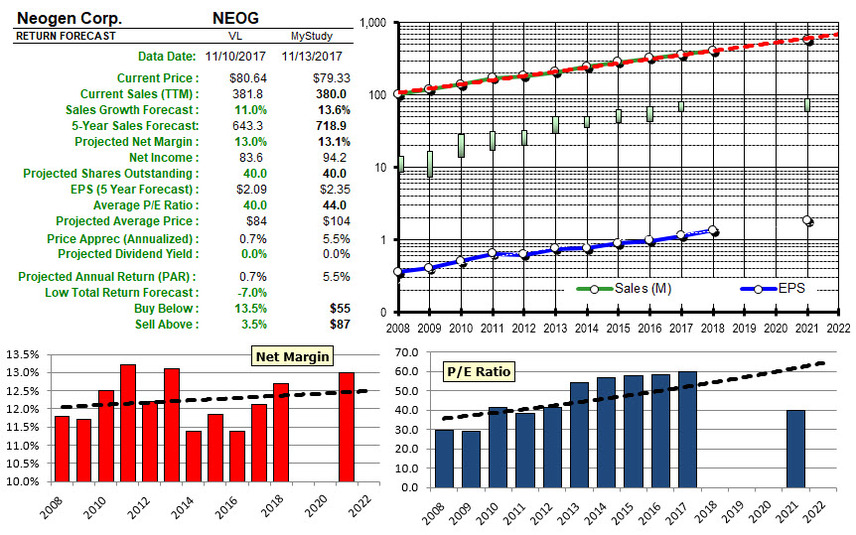