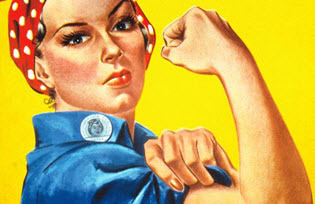 Success is a journey, not a destination. — Anonymous

“There are no secrets to success. It is a result of preparation, hard work … and learning from failure.” — Colin Powell

We’re better when we learn together. Success is better when experienced with your friends (and family.)

The contestants in this year’s NAIC Mid-Michigan chapter’s stock selection challenge faced the same difficult market as everybody else. The difference is that half of the entries scrapped and clawed to outperform the market over the trailing twelve months. And their consensus selections from one year ago BEAT THE MARKET for the 12th time in 13 years.

Taking home the gold for 2014-2015 was the FEMME$ Investment Club of Flint, Michigan. Their winning selections are shown here: 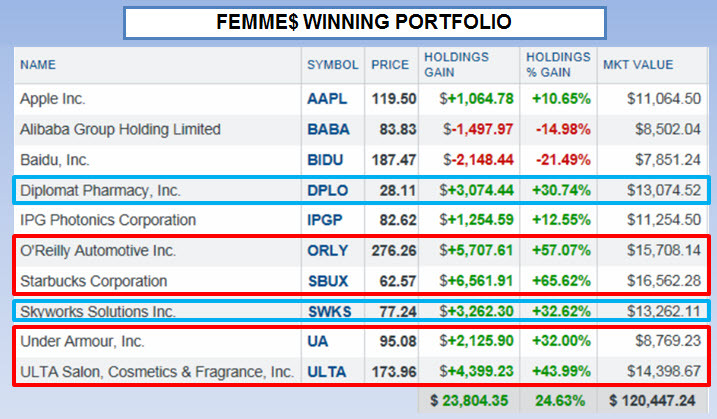 Yes, it’s a game. But it bears repeating. The consensus selections from this group of like-minded investors has beaten the S&P 500 in 12 of the last 13 years. Those selections — and we’d argue, formidable shopping list — are shown in the following dashboard.

The Groundhog Challenge is our 9-year running stock picking contest that runs from Groundhog Day to Groundhog Day.  The results over the years have been pretty special and we’ll be back soon with the 2014 finish line results. The “Heavy Hogs” is the annual tracking portfolio for the consensus favorites.

The overall results for Groundhog VIII (2014) were … for lack of a better word, a little stinky. (I have high expectations and you’ll see why when we report the comprehensive results)

Collectively, we stumbled to multi-year lows for relative return and accuracy.

Not all of us were blessed with the luck of the Irish like Mr. McManus, so it probably makes sense to remind ourselves that there seems to be better performance in “numbers.”

When nobody else is selecting that hidden gem you’ve identified, be careful. Confirm your assumptions. And when legions of our your friends hold their nose at your selection (think BODY) — you might be right, but ignore them at your peril. It’s also worth noting that there’s no escape hatch in this contest version. You’re stuck with the selections made in early February for 52 weeks until Punxsy Phil stirs again.

Don’t get me wrong. This lack of an escape hatch is often a virtue. We generally believe that hyperactivity in “investing” is erosive and history rhymes with us.

But when the consensus selections outperform the vast majority of hundreds of participants, it’s probably worth heeding the group. Investing with your friends can be a very good idea.