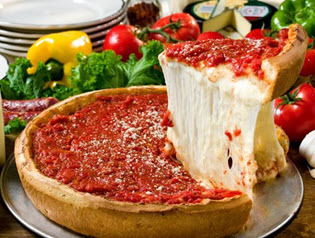 October is National Pizza Month. This observance began in October 1984, and was created by Gerry Durnell, the publisher of Pizza Today magazine. Some people observe National pizza month by consuming various types of pizzas or pizza slices, or going to various pizzerias. During the month, some pizzerias give away free pizzas or pizza slices to customers or offer reduced-price promotions. Some businesses run fundraising drives, donating proceeds of pizza sales to benefit various organizations or charities.

The acres of pizza mention took me back to a keynote speech by Ken “Mr. NAIC” Janke that he delivered to an audience of long-term investors in Chicago back in March 1996. It was entitled, The Janke Dozen and 75 Acres of Pizza (Per Day) and I saved his commentary under “Investment Club Lessons.”

At the time, our first grader did his part. Alex contributed to the national average for pizza consumption as often as we allowed him to. The staples of his diet were pizza, chicken sandwiches, pizza, macaroni & cheese, and pizza. Ken shared a number of observations including the statistic that Americans then consumed 75 acres of pizza per day. Twenty years later, we’ve apparently achieved the next digit, topping 100 acres.

Janke made another comment, in passing, that caught my attention. He pondered, thinking out loud, about the legacy of these investment education events and the various companies that he met over the years. “I became aware of some wonderful companies and investment opportunities. In fact, I suspect that a mutual fund built from the presenters and sponsoring companies would have done quite well in the long term scheme of things.”

He spent a few moments talking about the fact that the stock market had gone down a fairly significant amount on the preceding day. His point? The investment value of the four presenting companies at the event had actually gone up. He touched on one of his favorite subjects… the long-term perspective and “When to Buy Stocks.” The consistent response? “Now. Today. No, not just any stock, but solid reliable firms with solid business models, exceptional quality and good prices.”

Ken then proceeded to describe some of the companies that he found “interesting” as study candidates. The attending presenting companies (American Business Products, Libbey, Synovus and General Electric) were included by default. Ken described powerful business opportunities and excellence in management at Intel. Research and development at companies like 3M was something he always found valuable and desirable. ConAgra has positioned themselves well in their market and their management seemed to anticipate opportunity. (Think ethanol, ultimately.) Disney. Powerful franchise and solid brand recognition world wide. Their recent purchase of ABC television was an example of a well-considered delivery strategy. Motorola is a leadership company that faced some tough short-term challenges. Johnson & Johnson and Abbott Labs have good products, a good track record and good people. Hannaford Brothers, an east coast food supermarket chain, was featured in Better Investing magazine and delivered solid returns until ultimately acquired.

The S&P 500 increased by 16.6 percent in the subsequent five years. Over the same time frame, 8% of equity mutual fund managers managed to stay ahead of the market. How did the “Janke Dozen” perform? The twelve stocks gained some 35 percent.

Ken openly admitted that he had no idea how much pizza Americans would eat in the future. He did know that our analysis, patience, discipline and time-honored approach to investing would often lead us to rewarding opportunities.

Make it so. Engage the possibilities. Pass the deep dish. Shop well. 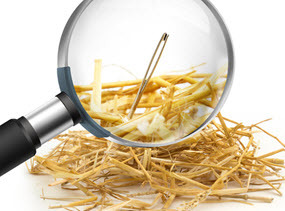 Value Line Low Total Return (VLLTR) Forecast. The long-term low total return forecast for the 1700 companies featured in the Value Line Investment Survey is 4.5%, unchanged from last week. For context, this indicator has ranged from low single digits (when stocks are generally overvalued) to approximately 20% when stocks are in the teeth of bear markets like 2008-2009.

The Round Table tracking portfolio has beaten the market by 3-4 percentage points over the last five years. Consider joining Ken Kavula, Hugh McManus and Mark Robertson as they share their current favorite stock study ideas.

We will be continuing the discussion of the relative return-based selling guideline for portfolio management.

But not necessarily in that order … and we’ll likely add an emphasis on the 50 Best Small Company list.