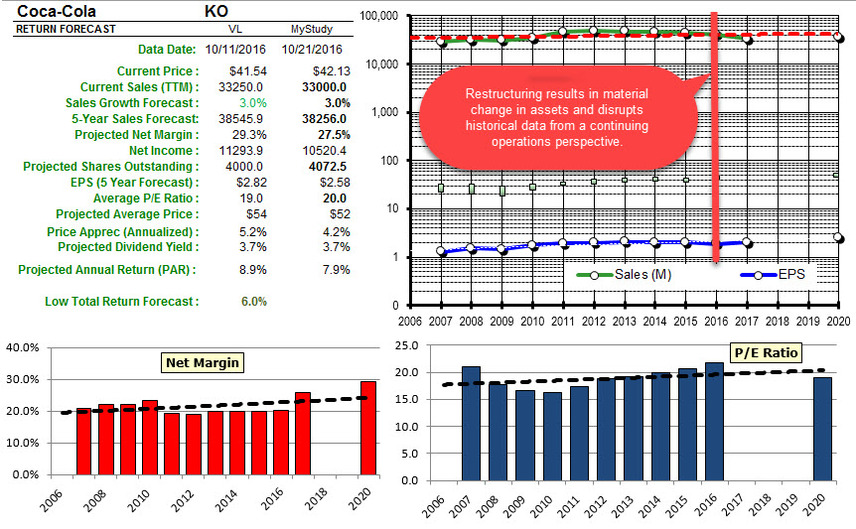 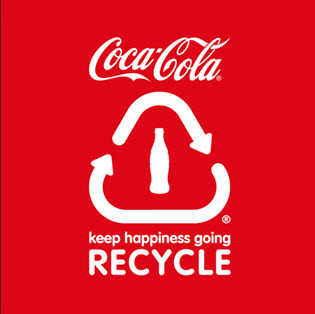 The Perspective from Value Line

In this week’s newsletter, we are shining the spotlight on Coca-Cola (KO), a Dow-30 component and the world’s largest beverage company. The Georgia-based corporation produces and markets over 500 nonalcoholic beverage brands through a network of company-owned and independent bottlers/distributors, wholesalers, and retailers. It employs approximately 123,000 individuals and has a market capitalization that exceeds $175 billion.

Earnings at Coca-Cola remain under pressure. The biggest headwinds are foreign currency translation and structural changes (discussed below), which are likely to reduce pretax profits by 8%-9% and 4%, respectively, this year, The former has been particularly pronounced in Latin America, where the company generates about 20% of its operating profits. Absent these factors, the beverage giant’s performance would look more encouraging, with pretax profits likely advancing at a mid-single-digit rate in 2016.

The company continues to slim down. Coca-Cola is putting more of its bottling operations, including all of these in North America, in the hands of independent partners. This refranchising effect, which is slated to wrap up by the end of 2017, will cause sales to shrink, but Coke should emerge as a higher-margin, less capital-intensive business. What’s more, incremental savings from productivity initiatives, as well as a continued emphasis on pricing and mix, ought to support profitability.

All told, conservative investors will likely want to take a closer look here. These shares have endured a rough stretch, declining about 7% since the release of June-period financial results, but still possess a number of appealing attributes. On that note, the issue is ranked favorably for both Timeliness™ and Safety™, and offers a dividend yield that is more than 100 basis points above the Value Line median.

The Perspective From Morningstar

We plan to maintain our $44 fair value estimate for wide-moat Coca-Cola following challenging second-quarter results. Organic revenue growth of 3% was similar to first-quarter results, but the mix was much different as positive price realization and mix impact offset beverage volume growth that fell to 0% year over year. Continued emerging-market challenges, particularly in large countries such as China, look to drive the company’s top-line results short of our full-year 3.5% outlook. As such, we no longer expect recent global marketing efforts to overcome these macro challenges in the near term, and we plan to lower our full-year projection, likely in line with management’s updated forecasts for 3% organic gains.

Nonetheless, we still believe that Coke can grow its revenue about 5% annually over the long term, driven by renewed emerging market growth rates (as rising incomes lead to increasing per capita nonalcoholic beverage consumption) and continued rational pricing between the company and its competitors in developed economies.

The Perspective From S&P

S&P is the most bearish, long term, with respect to Coca-Cola, with a fair value of $26.20 as shown here.

FINANCIAL TRENDS. From 2010 to 2015, net operating revenues increased at a compound annual growth rate (CAGR) of 4.8% and normalized net income rose at a 0.0% CAGR. In light of this growth, we believe that 2% to 4% annual volume growth, with cost cutting and business mix driven 4% to 6% operating income growth, will help support EPS growth in the mid- to upper-single digits over the next several years.