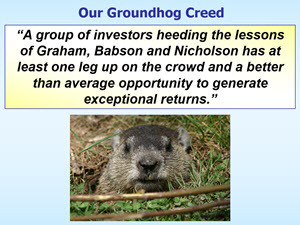 “The function of education is to teach one to think intensively and to think critically. Intelligence plus character – that is the goal of true education.” — Dr. Martin Luther King, Jr. 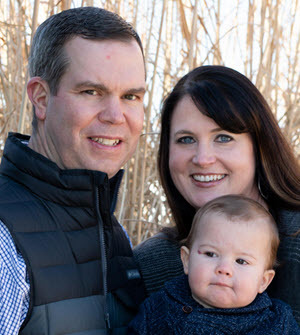 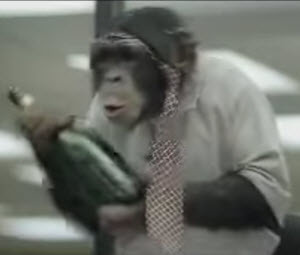 The status of the 2020 Best Small Companies can be tracked at: https://www.manifestinvesting.com/dashboards/public/best-small-companies-2020

Here are the 2019 entrants that “beat” the Wilshire 5000 during the trailing 12 months. Congratulations to all of you. Press on! 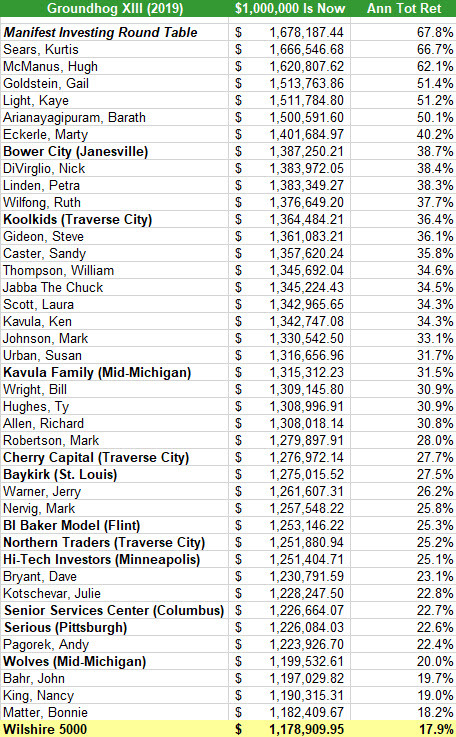 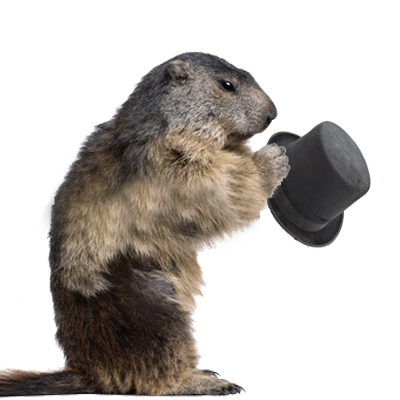 “The groundhog is like most other prophets; it delivers its prediction and then disappears.” — Bill Vaughn

That’s the case with many of the talking heads we see on the media at places like CNBC. Rarely do they keep score. Rarely do they make the observation that some of the pundits are like stopped clocks.

We choose not to have that luxury at Manifest Investing. We keep track of results, charting relative return (excess return vs. market index benchmarks) over time. We’re here — as a community — for the returns.

The bottom line is that nine years of the Groundhog Challenge have yielded an aggregate annualized total return of 7.6% versus mirroring investments in the Wilshire 5000 that have delivered 5.2%.

And that’s after a particularly challenging year.

Join us for a FREE webcast on Saturday morning while we review the results and share ideas for 2016 and beyond.

As the National Football League tosses out their Roman numeral system for #50, we embrace our 10th annual Groundhog Challenge with Roman numeral “X”.

We hold certain truths to be self-evident.

That most of us like to sleep at night.

That most of us believe in Occam’s Razor.

We also pay homage to Eddy Elfenbein and his decade of market-beating performance with his Buy List from Crossing Wall Street. Other dignitaries like Abby Cohen, Warren Buffett and Jim Cramer are included just for fun … it’s like playing against the “house.”

1. Enter by selecting a minimum of five (5) investments and a maximum of twenty (20) positions.

4. Entries can be made starting now and through Groundhog weekend and will be accepted until the market opens on Wednesday, February 3 at 9:30 ET.

Entries can be submitted by emailing manifest@manifestinvesting.com or by posting here in the Groundhog Challenge forum folder.

This is a total return contest — the influence of dividends is accounted for.