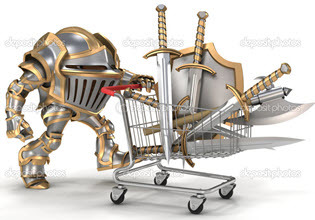 We up the ante on last week’s shopping theme as this week’s update includes a mother lode of retail and we resume our monthly shopping fireside chat with Tuesday night’s Round Table.

In order to help our subscribers find the companies that are “way off the map,” we’re expanding and digging into some areas that will provide a wider berth of study opportunities.

Value Line Low Total Return (VLLTR) Forecast. The long-term low total return forecast for the 1700 companies featured in the Value Line Investment Survey is 5.7%, down from 5.9% last week. For context, this indicator has ranged from low single digits (when stocks are generally overvalued) to approximately 20% when stocks are in the teeth of bear markets like 2008-2009.